They (not exactly sure who ‘they’ is) say “A New York minute is a Hong Kong second”. Couldn’t have put it better myself.

Except Hong Kong is cleaner. SO much cleaner. And I didn’t get a whiff of urine ONCE, so Hong Kong: 1, New York: 0.

Seriously though – This city is BANANAS. As one of the most densely populated metropolises in the world, it has a similar vibe to NYC, in that it’s a total cluster-f*#! of humans rushing past each other at all hours of the day and night, except everything seems to be WAY cleaner and far more organized (just take a look at the pics of the subway below…). And if you thought the lights in NYC were a sight, Hong Kong lights put NYC’s to shame.

And the malls! It’s really too bad neither of us are shoppers because we couldn’t sneeze without accidentally falling into a mall. And not just ANY mall… extravagant, beautiful, delicious-smelling malls. Even though we weren’t shopping, it was just pleasant to roam around in these spectacular malls, especially when we could practically walk through the entire city just by moving from mall to mall (which were all connected by walkways or underground) without even stepping outside!

And the parks… stunning, gorgeous parks, smack dab in the middle of the city. With free zoos and botanical gardens?? What?? And I won’t even begin to discuss the fact that just outside the concrete jungle is an ACTUAL jungle. Like, full-on lush, green hills and mountains. Just incredible.

Anyway, enjoy the pics below!

We were sad that we were missing Christmas season back home and weren’t sure how much Christmas spirit we’d encounter in Asia. Well… THANK YOU Hong Kong airport! 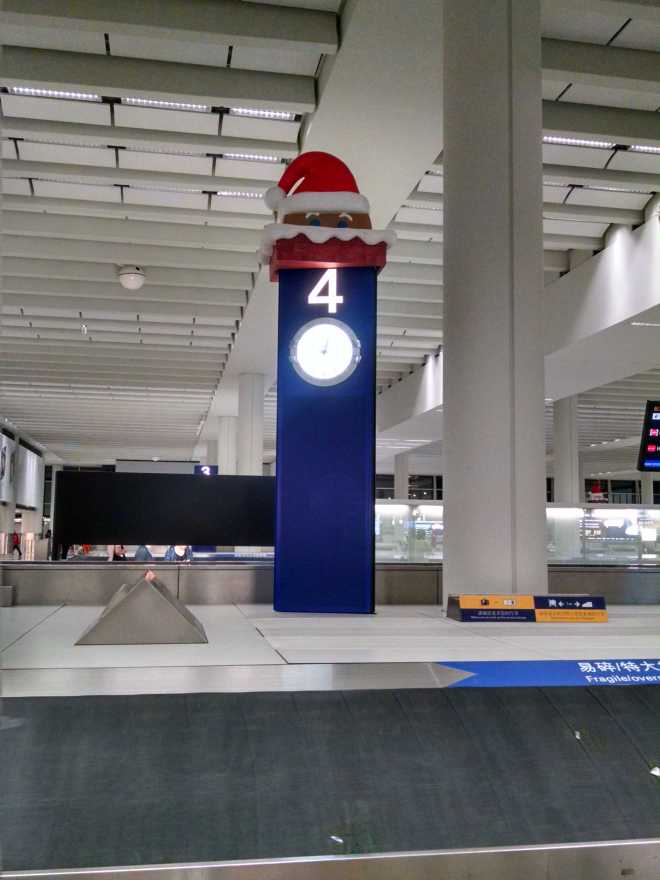 This Jew sure loves Christmas! 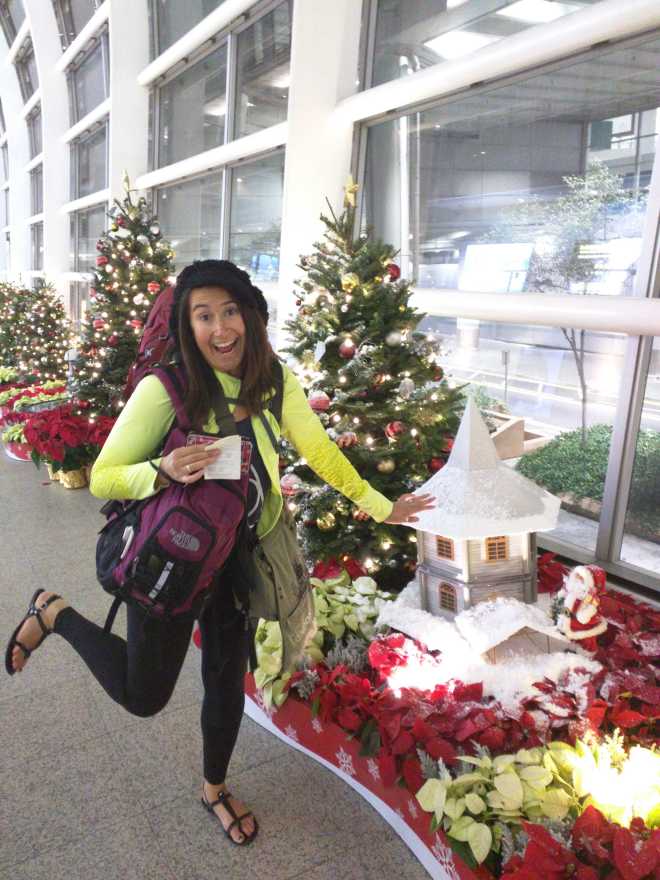 As we were staying in Kowloon (right across the Victoria Harbor from the main island), we took the ferry first thing in the morning to the main island, but not before getting some more Christmas spirit on: 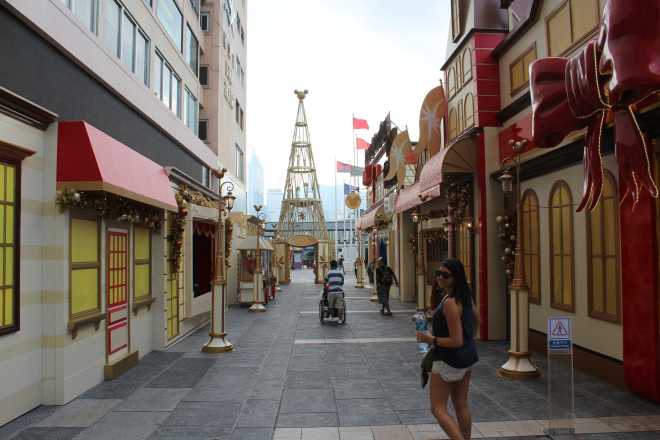 Awesome view of the main island:

Got off the ferry and took a bus up to Victoria Peak, the highest mountain on Hong Kong Island, to get an even better view of the city and the Victoria Harbor. On the way, we spotted this:

Wherever or whatever ‘Tamar’ is, we’re going there later. But in the meantime, enjoy this view:

Made our way down the mountain on foot (cus we didn’t get enough of walking in the Himalayas). Seriously, this is jungle… 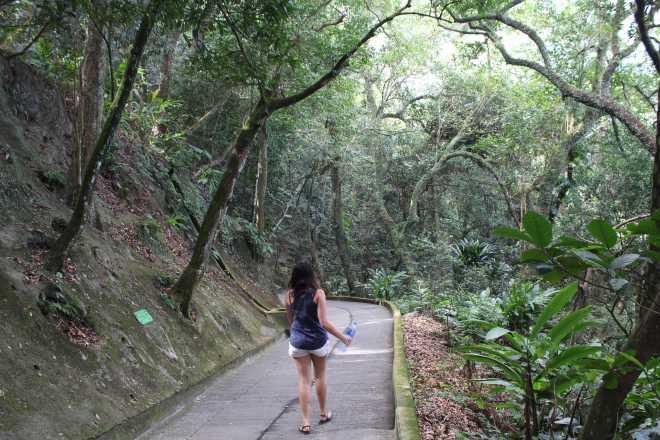 Stumbled into a FREE zoo! With monkeys: 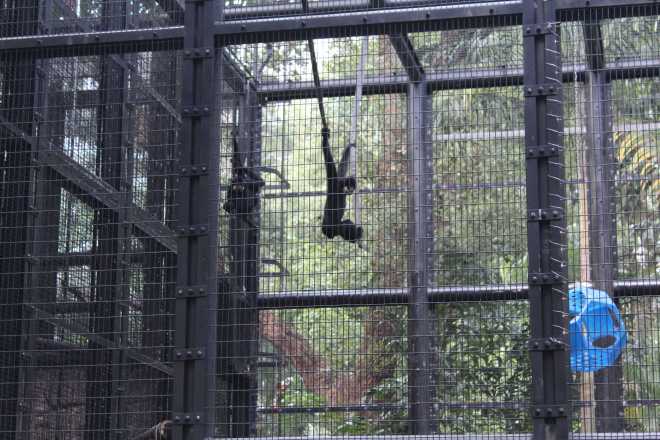 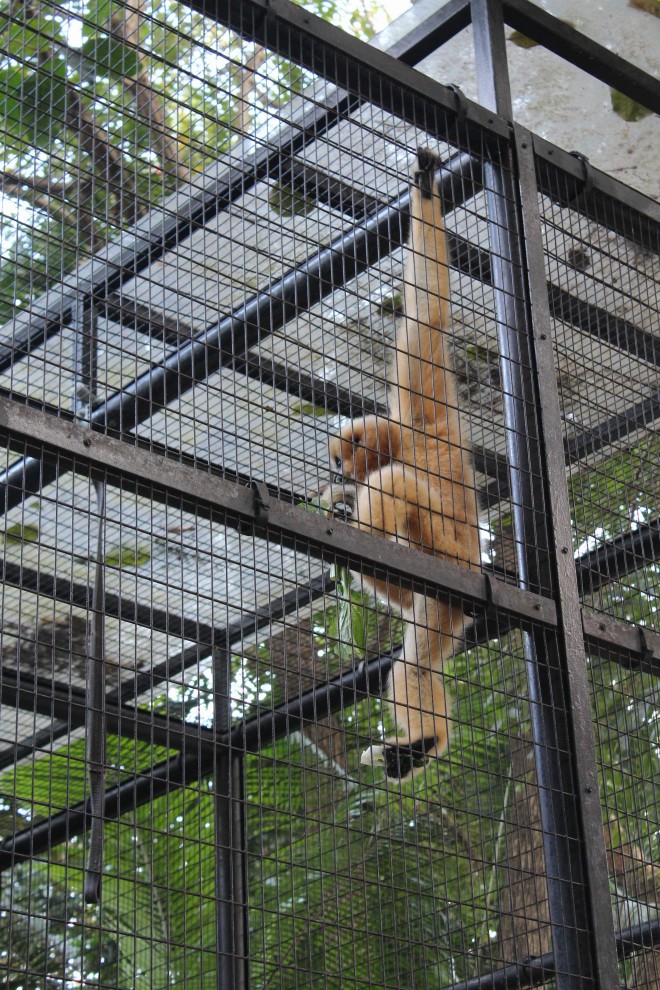 Holding half an apple in each hand, unable to decide which half to eat first. Been there myself. The struggle is real:

But there weren’t only monkeys… They also had cranes: 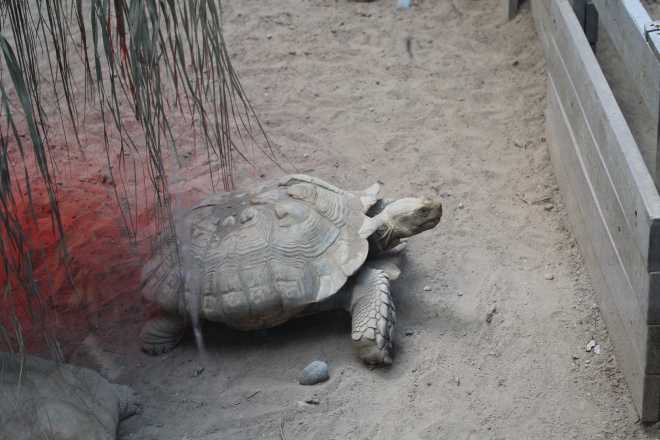 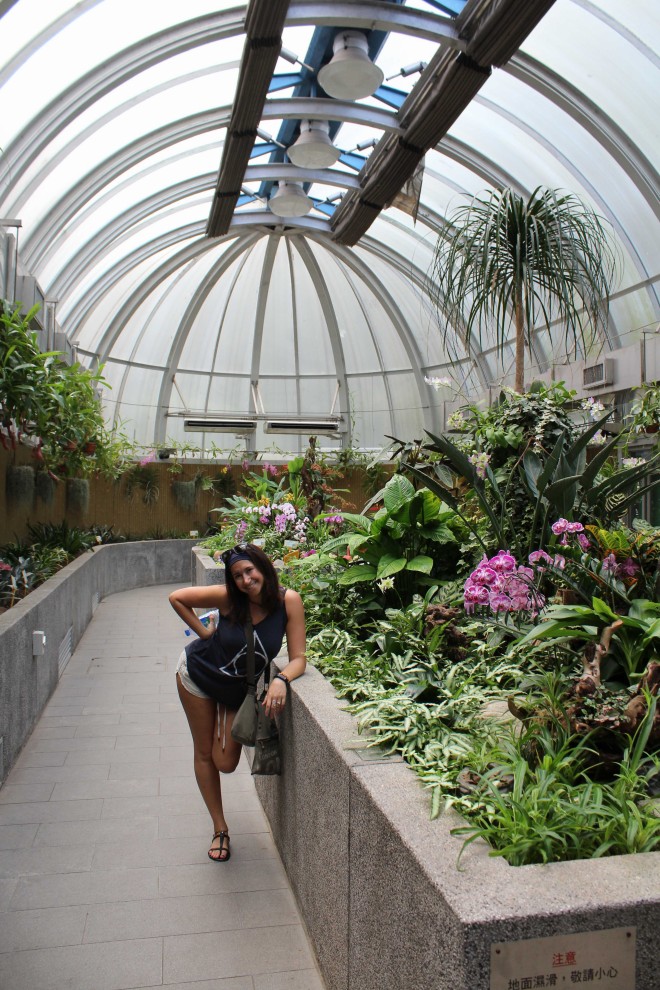 Again… SMACK DAB in the middle of the city!

Continued wandering through the city in search of this mysterious (and obviously spectacular) Tamar place. Met this cool looking bus-thing:

A Tamar in Tamar Park:

And people doing weird things, as one would expect in a park named Tamar:

A map of Tamar Park (REALLY curious to see what’s going on in Tamar Corner…): 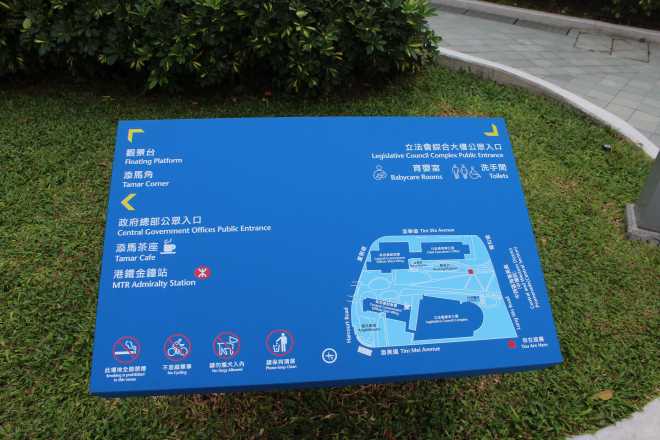 Yes, yes… I had way too much fun with this: 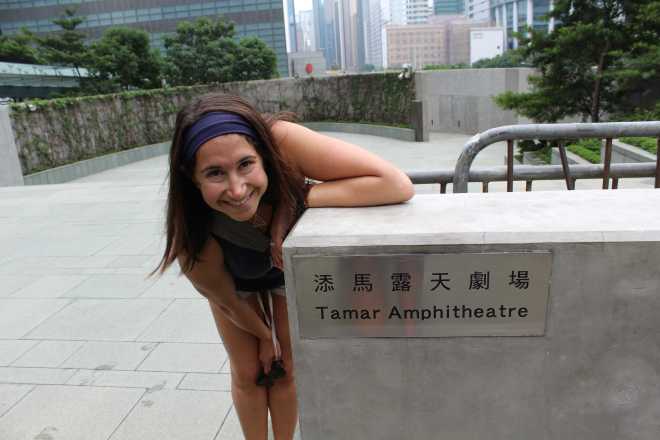 This trash can in Tamar Park had a TF sticker on it… come on, is that kizmit or what?? 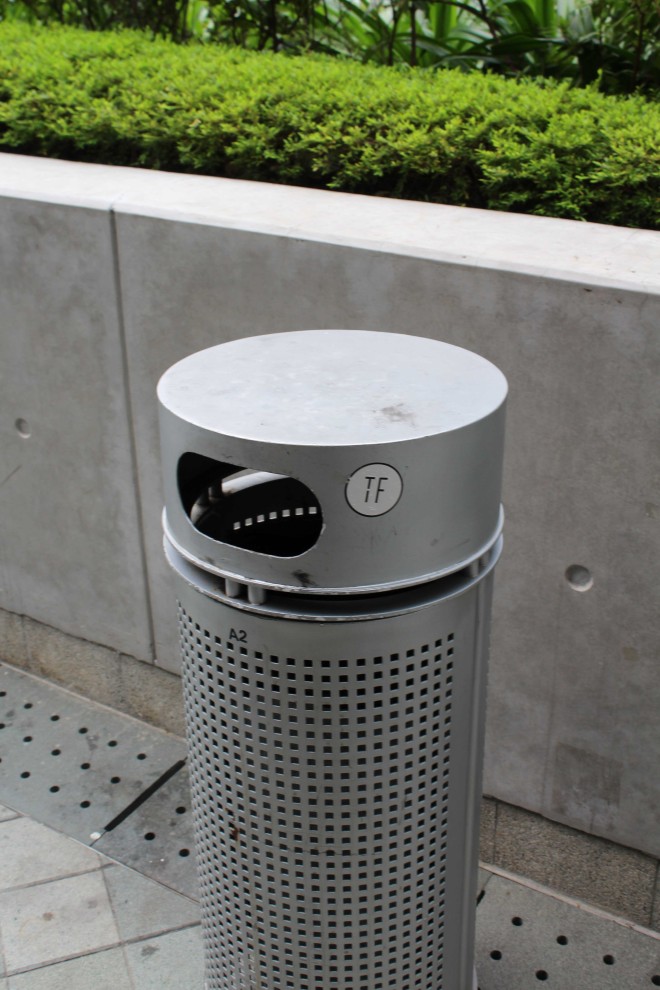 Finally found Tamar Corner. And what a marvelous corner it was: 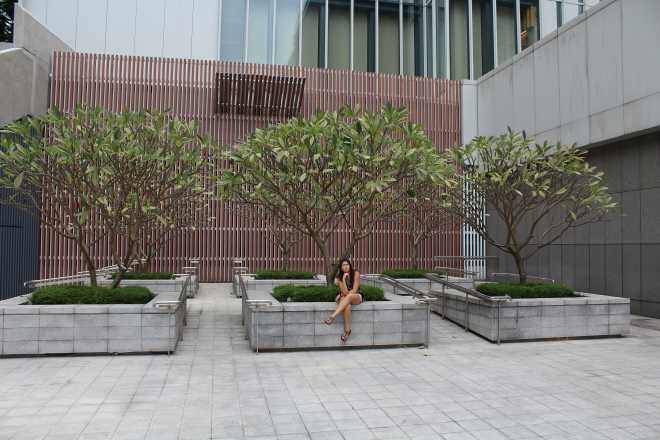 Grudgingly said goodbye to Tamar Park and made our way over to Sheung Wan Man Mo Temple: 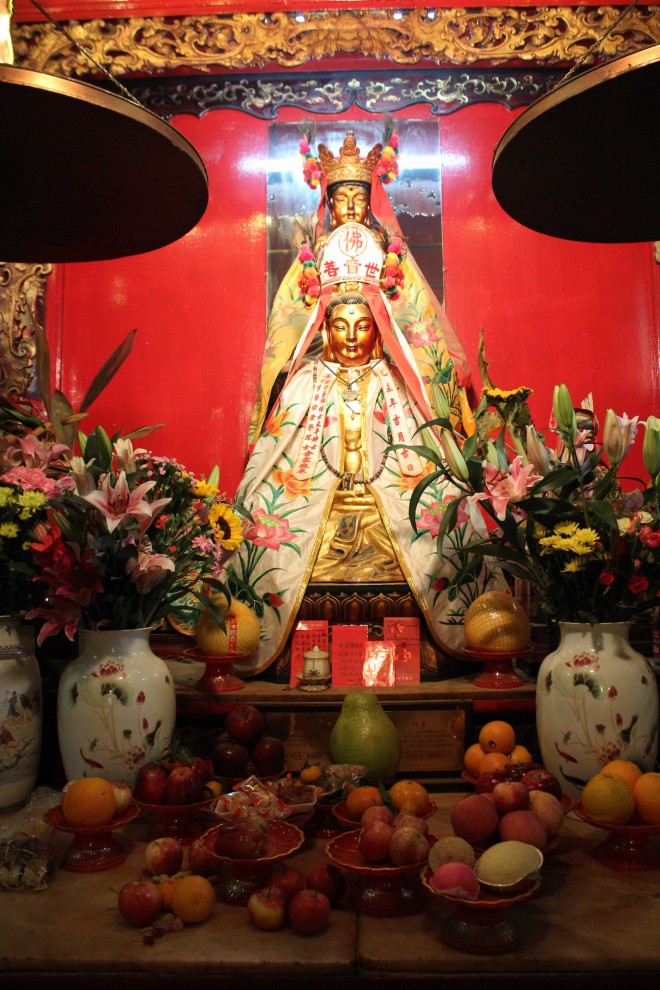 Took the MTR, Hong Kong’s metro, one of the most developed in the world. Never seen any underground system this clean or organized in my life:

Popped into this curiously named store after dinner:

As we were feeling a wee bit homesick, it felt nice to hang out in this store, among all these familiar and super fattening and unhealthy products: 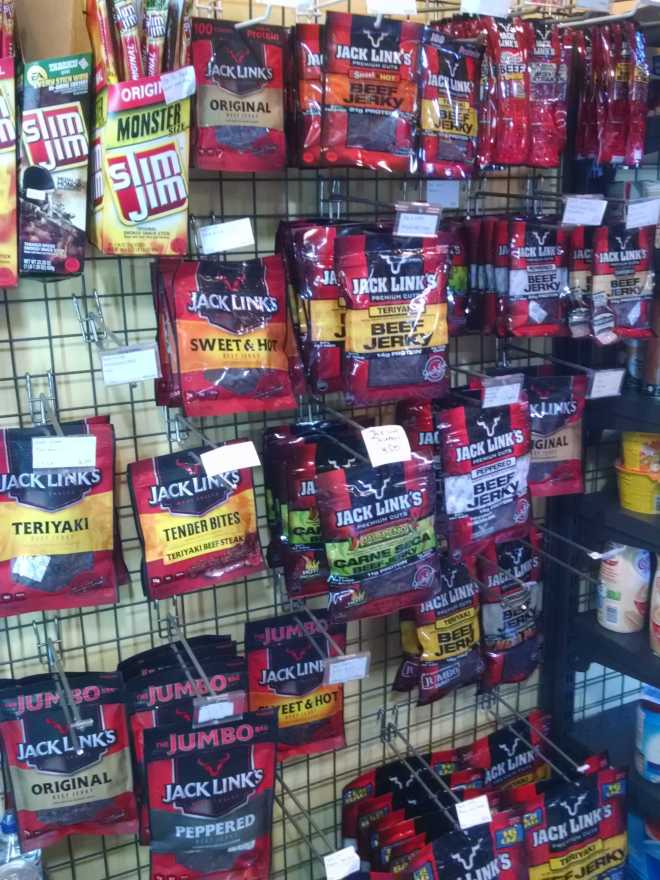 Strolled back to our hotel through the Ladies’ Market, which was also unlike anything I’d ever seen in my life:

As pictures cannot do this madness justice, here’s a quick 20 second video of the Ladies’ Market:

As far as scaffolding goes, Bamboo is by far more pleasing to the eye than steel (but maybe not as reassuring…):

Took off the next morning for some more sightseeing. Naturally, we stumbled in to another park, where, of course, there was a lake full of flamingos. IN THE MIDDLE OF THE CITY. And I got shat on by a bird for the second time since we arrived in Asia (and in my life!).

Walked through a flower and meat market. Yum:

Took Samsonite to visit the Ten Thousand Buddhas Monastery (which actually has closer to 13,000, but who’s counting), which was all he wanted to do in Hong Kong.

The “climb” up to the monastery is lined with over 500 life-sized, most entertaining Buddhas: 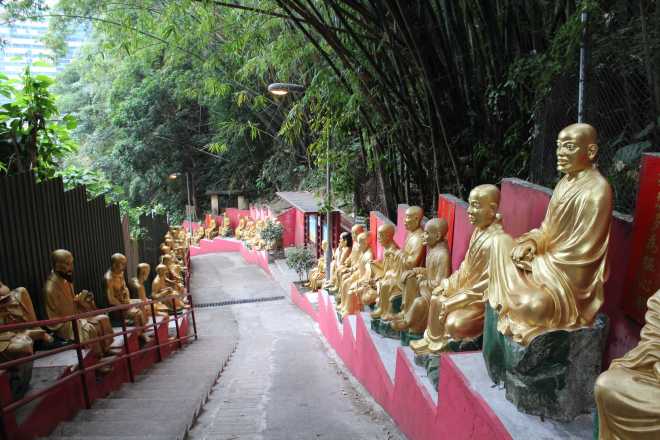 Oh, you know, just two buddhas on an average Thursday, sippin’ on some Fanta and enjoying life: 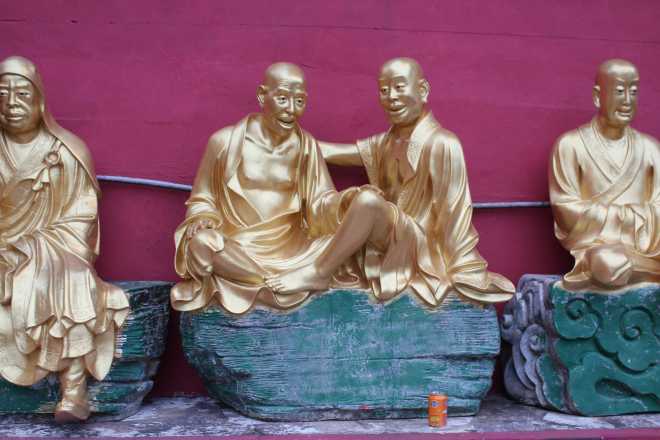 I don’t even know how to comment on this one: 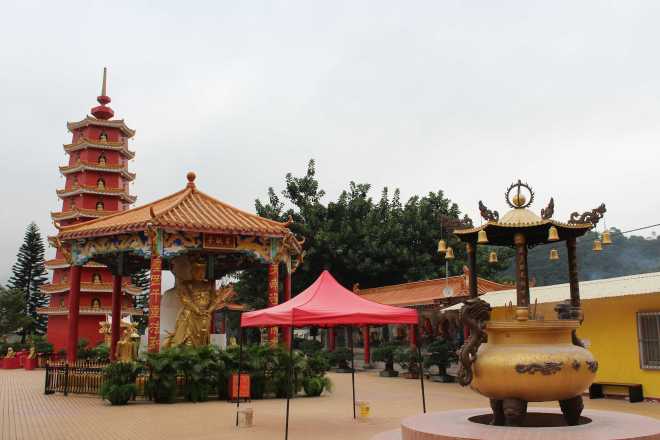 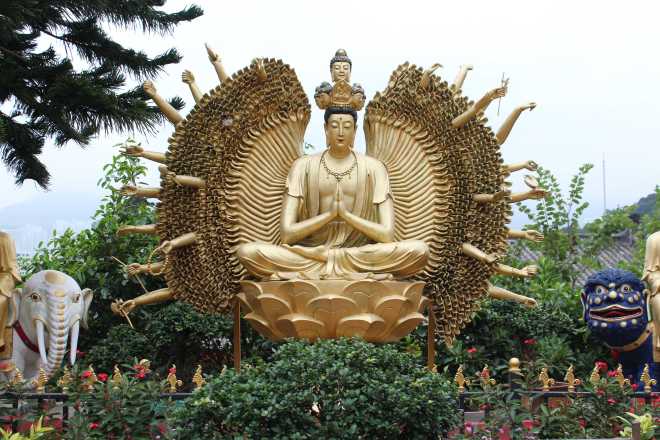 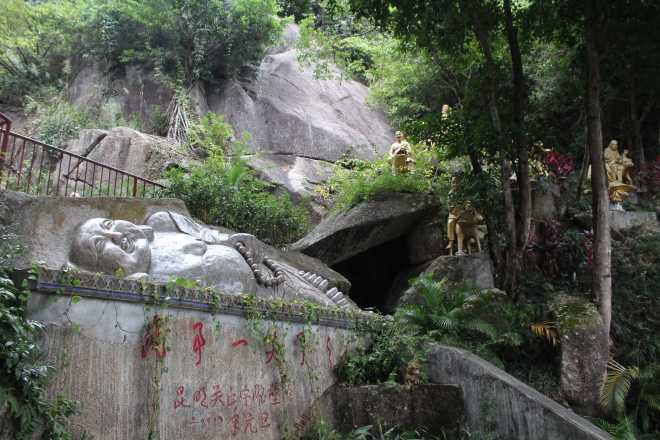 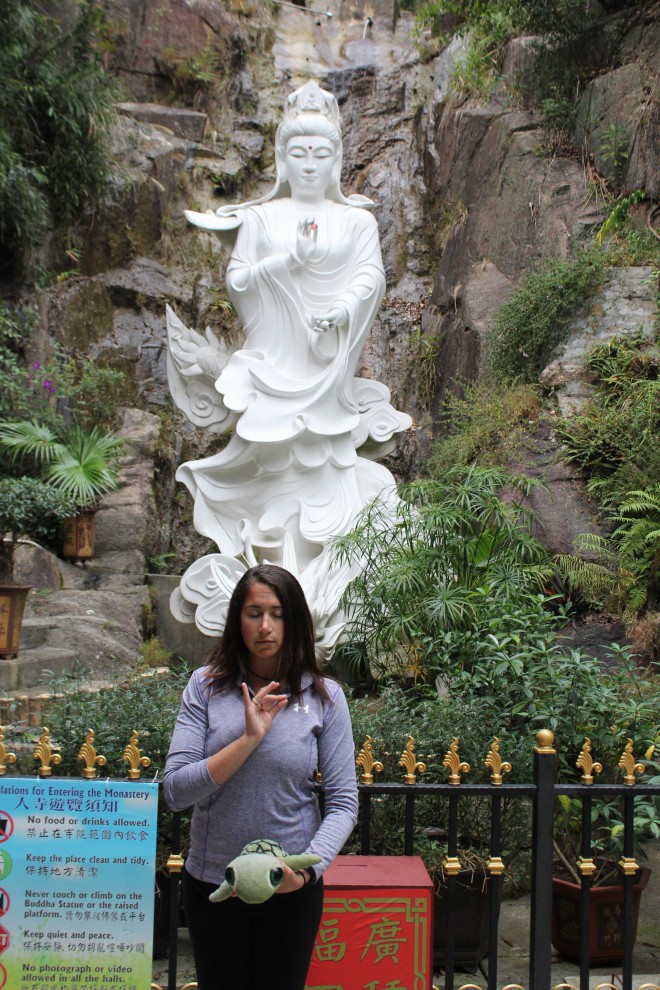 And finally, this awesome statue of a dragon-turtle with a snake on its back:

Took the ferry back to the main island that night to see the buildings lit up for the holidays: 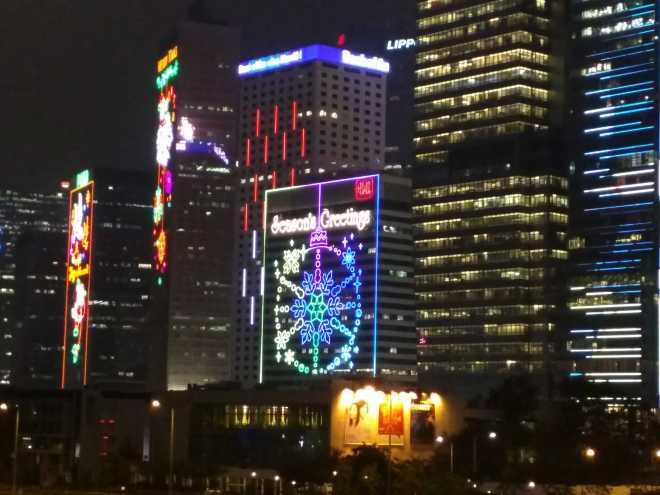 This building had us mesmerized for a solid 10 minutes (don’t worry… the video is only 30 seconds long):

Made our way back to Kowloon and strolled along the Tsim Sha Tsui Promenade, soaking in the Christmas spirit:

The clock tower beautifully lit up: 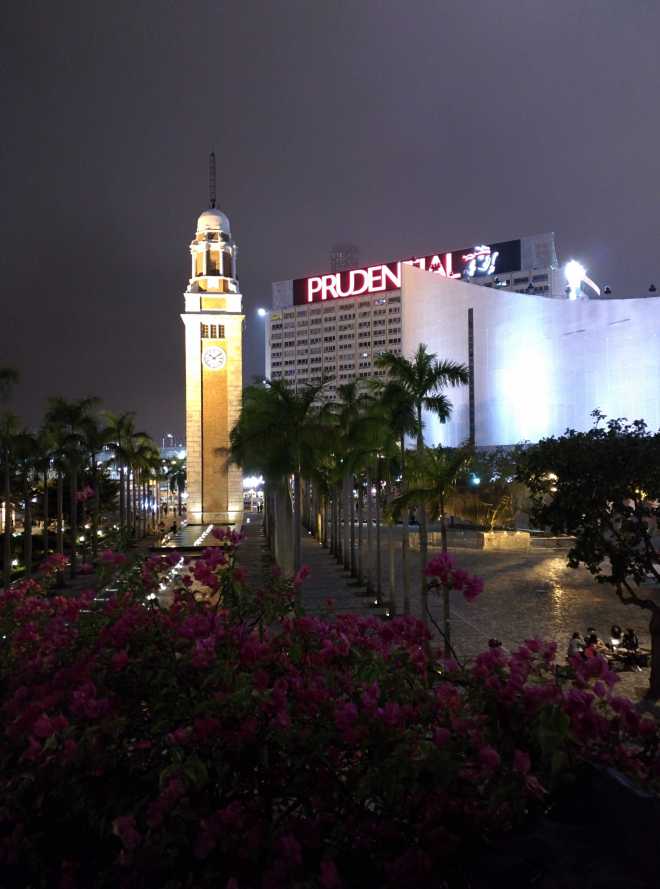 And said our goodbyes to this insanely gorgeous skyline: