We kept ourselves quite busy during these last three days in Japan, making this post our final and longest Japan post yet.

We got the hell out of Kanazawa and headed back to Kyoto. Checked in to our guesthouse and immediately took off for an excursion to Osaka. Spent the next few days visiting various sites, temples and shrines in the Kyoto area and spent our final night in Japan ringing in the New Year at a Shinto shrine! Quite an awesome way to close out the year and our visit to this amazing country. Check out photos below.

Started off with a quick visit to Osaka Castle. Making our way to the castle, walking alongside the moat that partially surrounds it, enjoying the beautiful scenery: 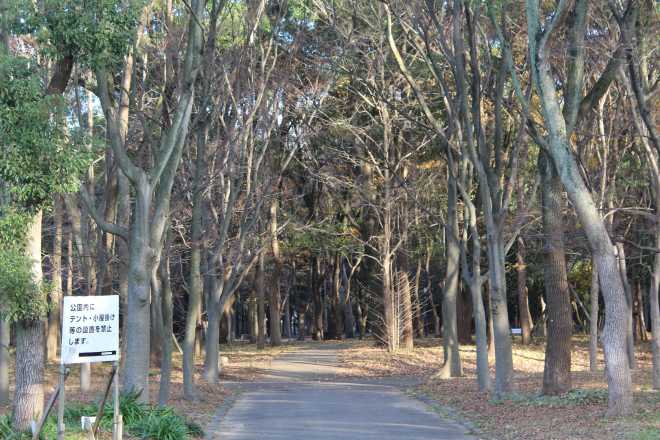 There she is! (Please note Francy’s sexy pose in this one) 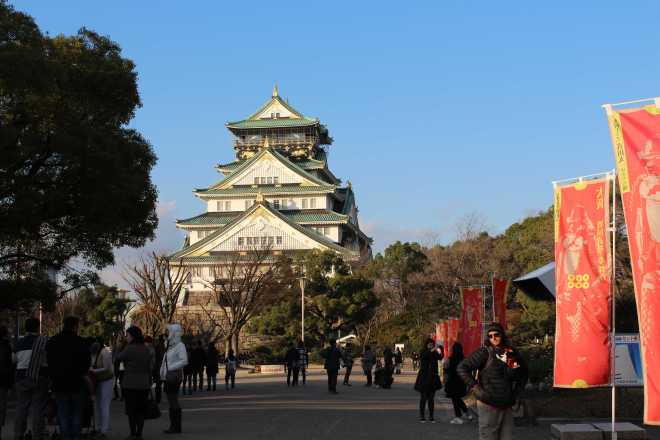 Amazing, right? We both agreed that out of all the castles we visited (including Himeji Castle, which we visit later in this post), Osaka Castle was our favorite.

Two time capsules sit in front of the castle, buried 15 meters deep, where 2,098 cultural assets of the 20th century are stored in a special metal container. They were buried in 1971, with instructions for the top one to be opened at the beginning of each century and the lower one to remain unopened until the year 6,970!!

Samsonite sure wanted to dig his way down into those capsules but we stopped him:

Leaving the castle, catching a cool glimpse of the modern high-rises sitting just outside the castle walls:

We then boogied over to the famous Umeda Sky Building, one of Osaka’s most recognizable landmarks , made of two 40-story towers that connect only at the two uppermost stories (more on its construction soon, as this was just FASCINATING to us):

You can take the elevator to the almost-top and then ascend an ESCALATOR that connects the two buildings, essentially hovering over a 40-story drop!

This spot, the “Floating Garden Observatory”, is a very popular spot to view the sunset, but, as is our forte, we arrived one minute after the sun disappeared from the horizon. Classic. But we still managed to get some spectacular views of the city at dusk and twilight: 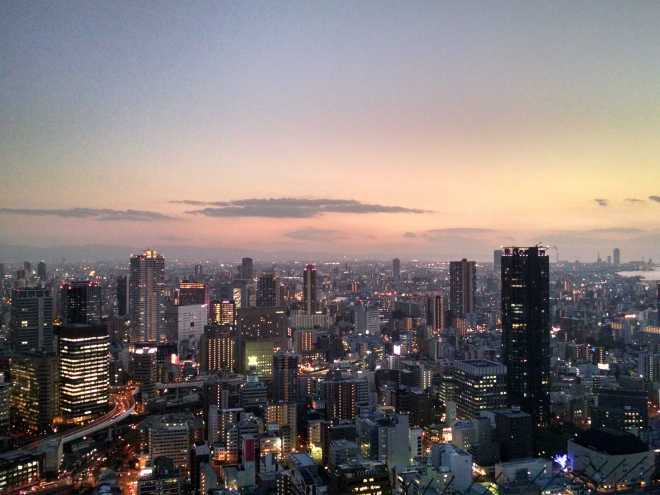 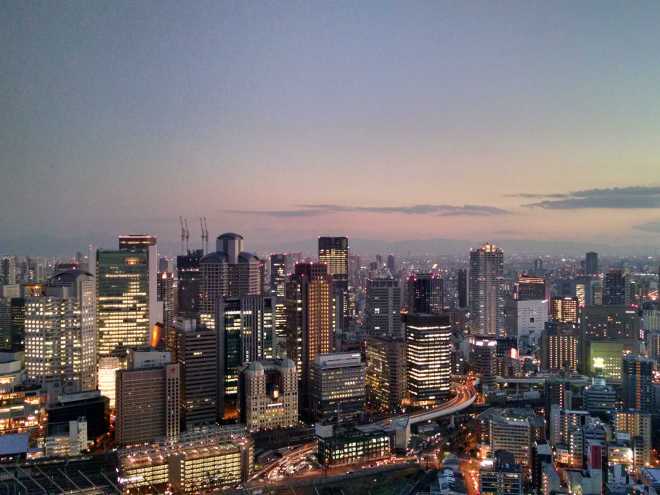 “The Lover’s Seats” or something like that. It’s clear who my #1 is in this world… 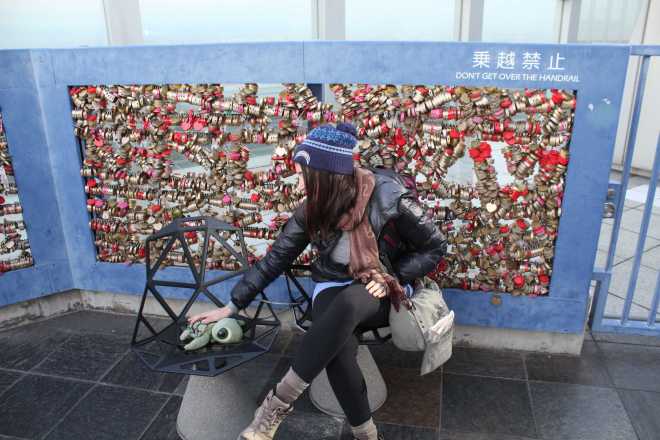 Made our way inside to wander around the observatory. There was a sped up instructional video on the construction of the building. We were the only losers that sat and watched the entire video from start to finish. It was fascinating. They actually constructed the towers and the floating garden (the connecting part) separately and then later LIFTED the garden with cables and assembled it (like a freaking puzzle or something) at the top, at 150 meters (~500 ft)!! You can read more about it here:

Snuck one last glimpse at the sunset from inside the observatory (note the exit sign in the reflection of the glass) before heading out for the city:

Spent the next few hours wandering around the lively and awesomely bustling Osaka. Had dinner at an Izakaya, admired the beautifully lit up buildings and trees (for the holiday season) and eventually made our way home to sleep after an exhausting and fabulous day:

Made our way over the beautiful city of Nara, known for some particularly famous shrines. Started out by checking out Kofuku-ji temple:

We then made our way over to the Kasuga-taisha Shinto shrine, meeting some MORE deer along the way (cus we didn’t get enough of the deer in Miyajima!): 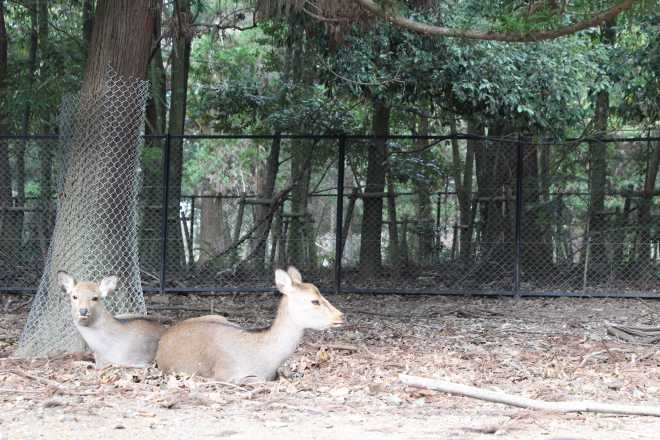 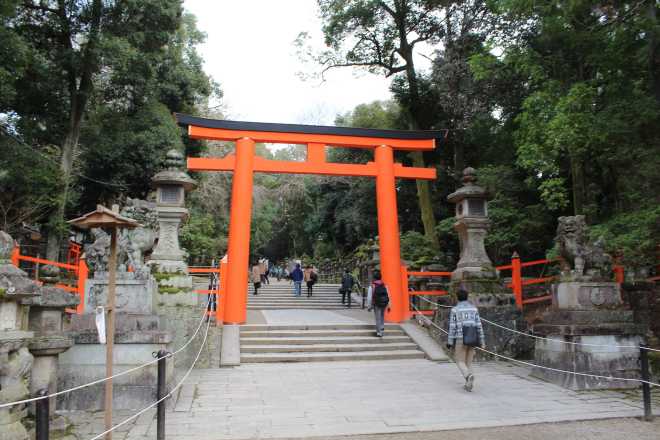 Why am I so happy, you ask? Well, those barrels behind me are filled with sake. Wouldn’t you be happy too?

We then made our way over to Todai-ji temple and saw MORE deer along the way! Apparently, deer are actually regarded as messengers of the gods in the Shinto religion. I wonder what this one is trying to tell us…

Not sure what this is but it was cool:

Finally made it to Todai-ji temple, which is home to the world’s largest bronze statue of Buddha!

Since everyone else was taking selfies with their TICKETS (like, really? why??), we decided to get in on the action:

And there she is! World’s largest bronze Buddha!

The world’s most traveled stuffed turtle. Beat that, Buddha!

Some more interesting statues and Buddhas inside the temple:

And this… giant baseball glove??

People were standing in a LONG line to climb through this hole. I didn’t know why, but I sure knew I wanted to take pictures of it: 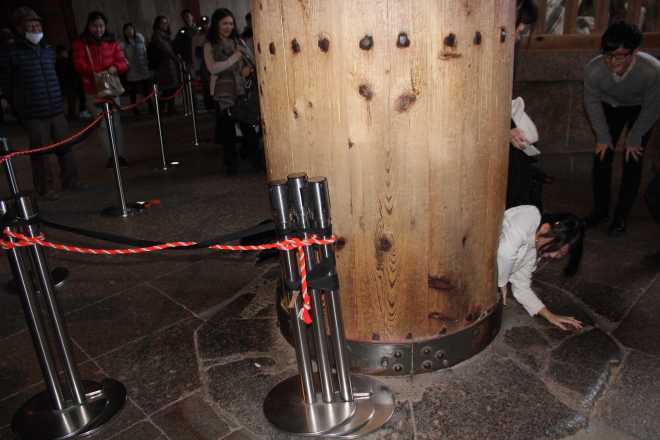 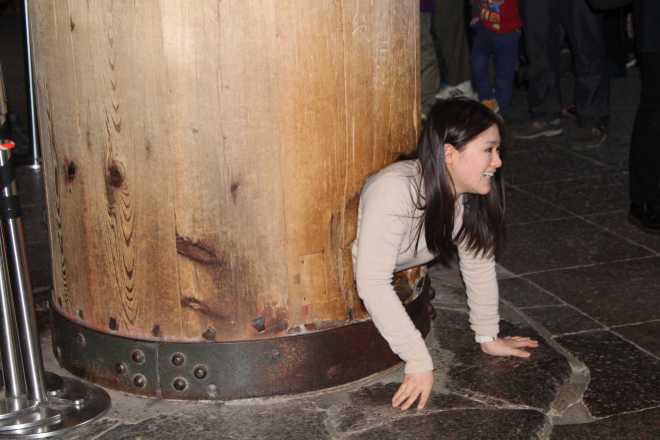 Ran in to this super creepy statue on our way out of the temple: 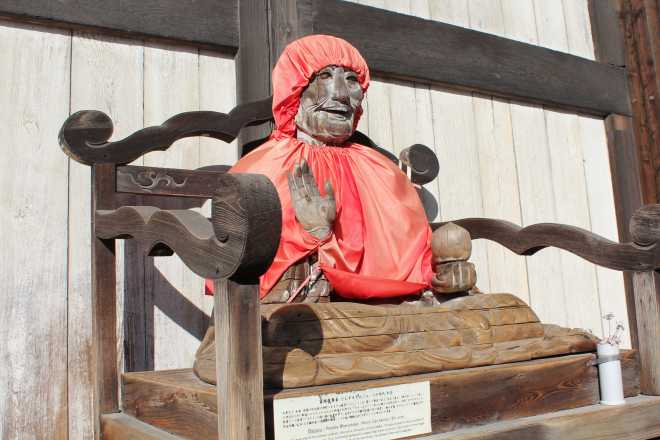 Goodbye world’s largest bronze Buddha! It sure was nice meeting you! 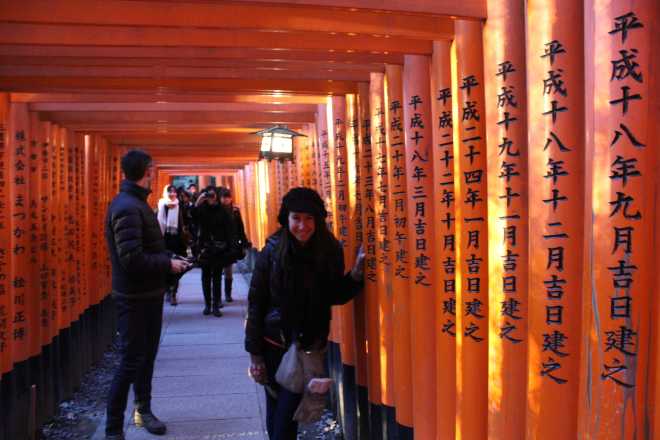 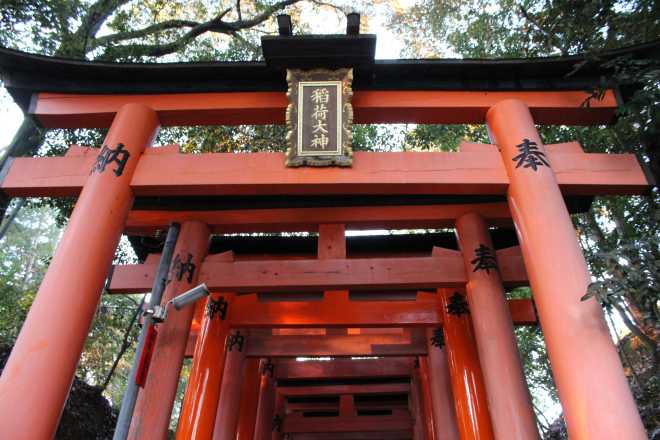 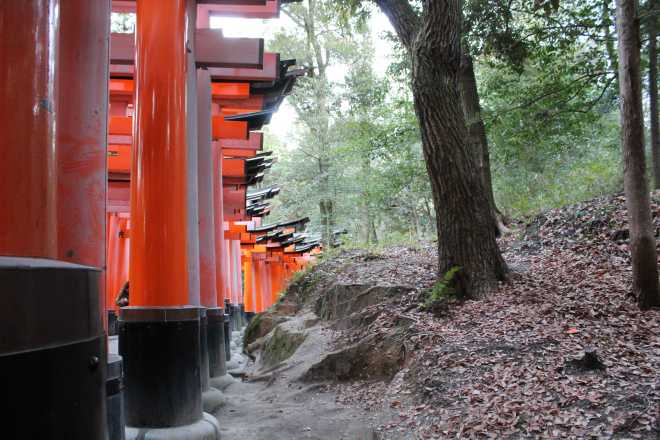 The shrine at the top of the mountain:

After about 1.5 hours of walking up and down the mountain, we decided to head back, making our way through the torii maze in the dark. Creepy!

Took a day trip to the famous Himeji Castle, the largest and most visited castle in Japan. According to Wikipedia, this castle “is regarded as the finest surviving example of prototypical Japanese castle architecture”. Pretty cool, eh? 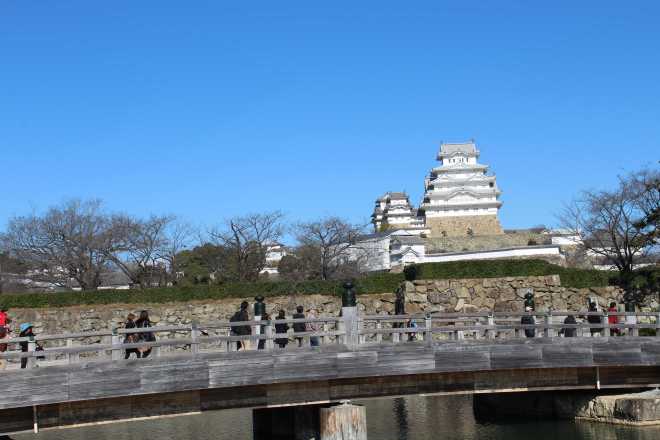 Visiting castles while making phone calls at the same time. A fine example of skilled multi-tasking:

A final view of the castle from the train station:

Made our way back to Kyoto to check out the Bamboo Forest in Arashiyama, considered “one of the most beautiful groves on Earth”. It was indeed stunning: 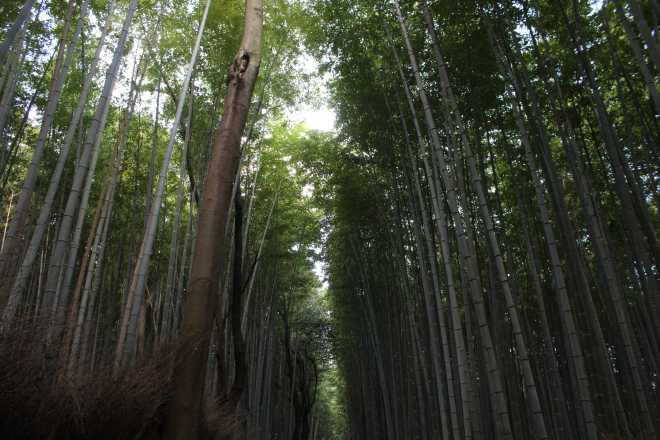 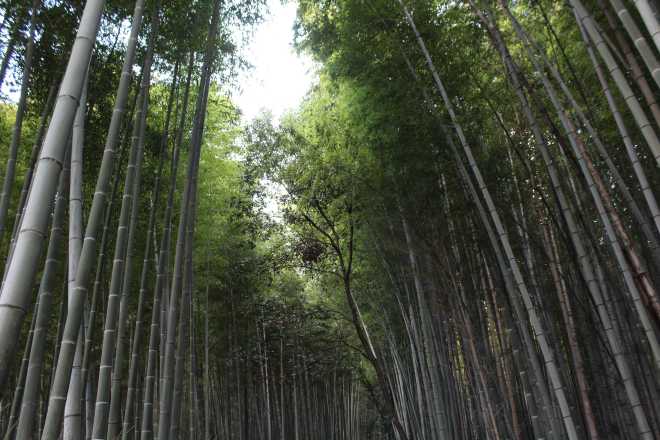 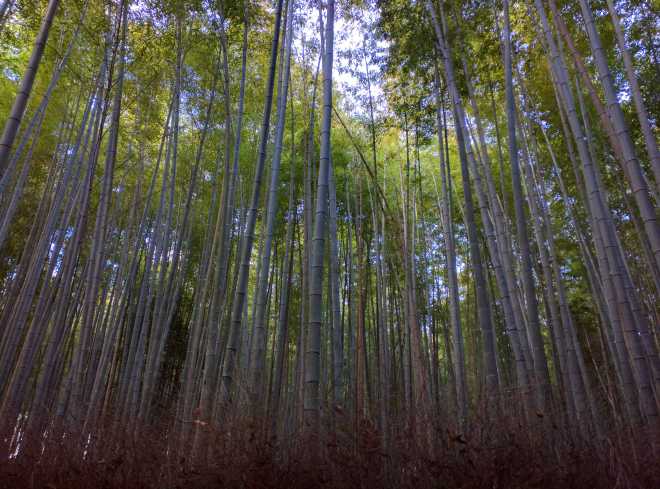 EVERYONE else was walking (I mean, it was 10 minutes each way…) except these two lazy bastards:

Francy insists I include this photo, so, you’re welcome: 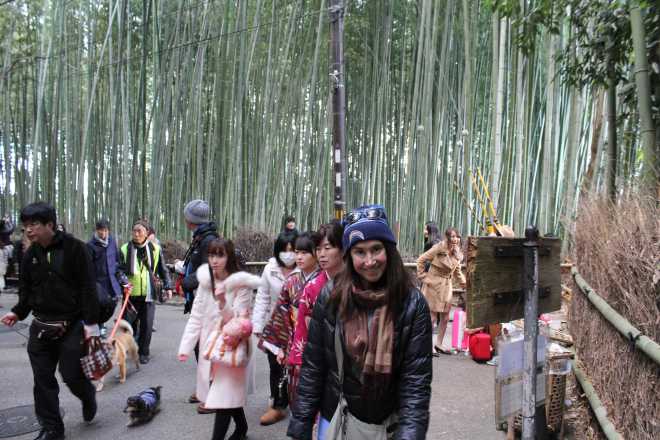 I just love toilet signage in this country:

FINALLY found strawberry Koalas!! So we stocked up. Half the bag was gone by the time we made it back to our guesthouse 😦

Kinkaku-ji – Temple of the Golden Pavilion

Kinkaku-ji is a Zen Buddhist temple and one of the most popular building in all of Japan. You can tell why. The top two stories are actually covered with pure gold leaf! 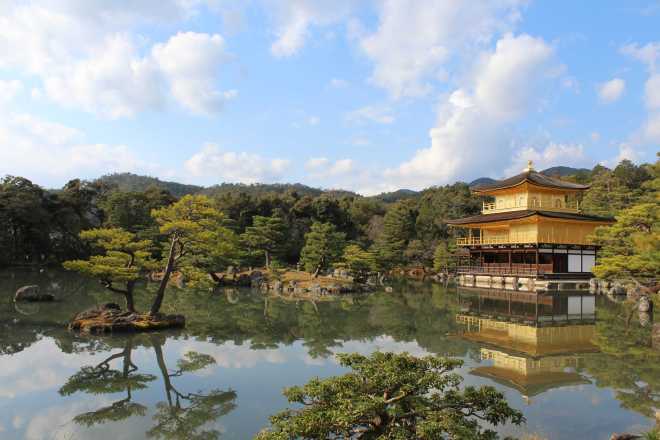 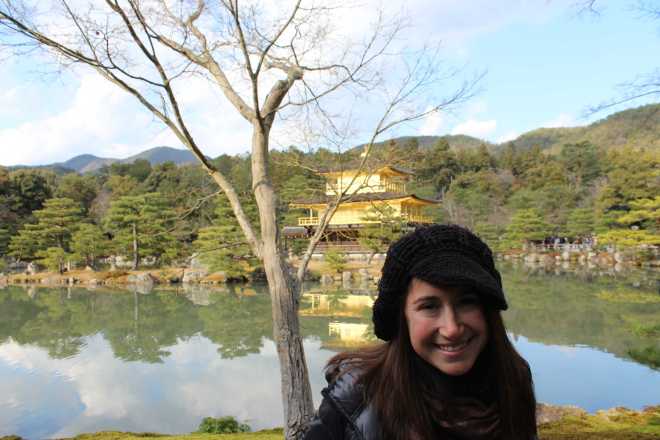 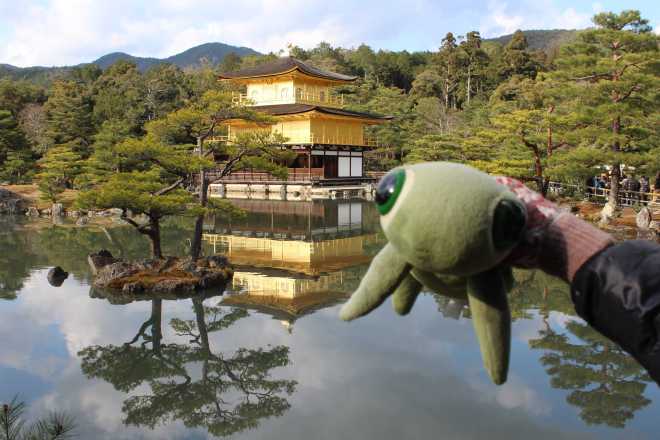 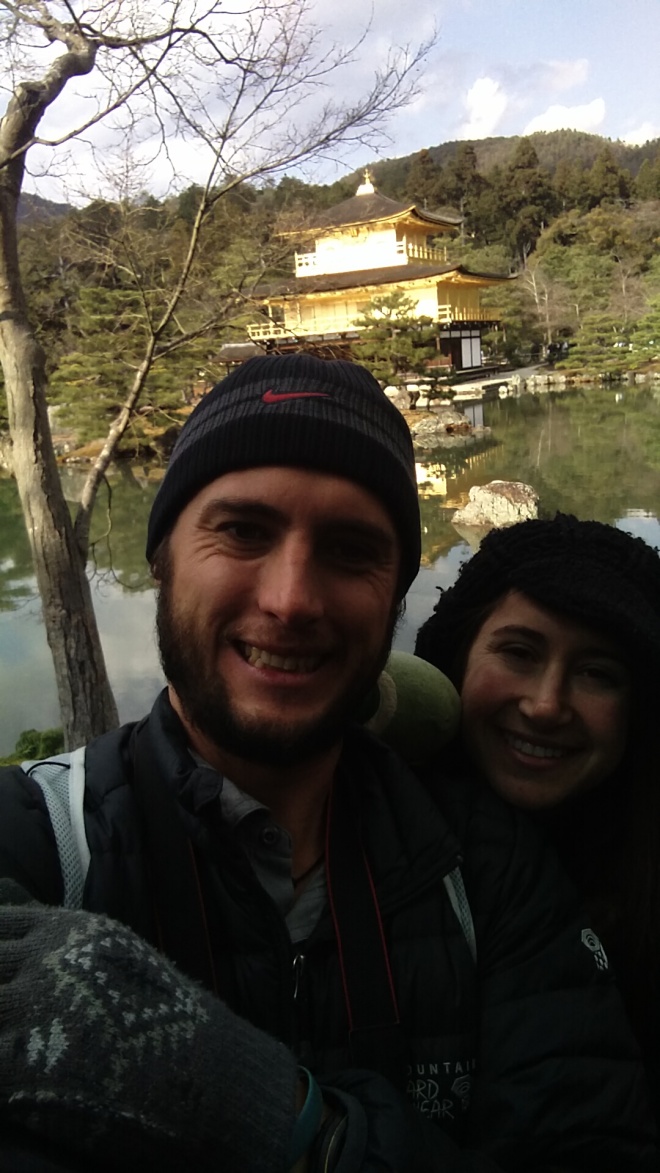 The beautiful gardens of the temple: 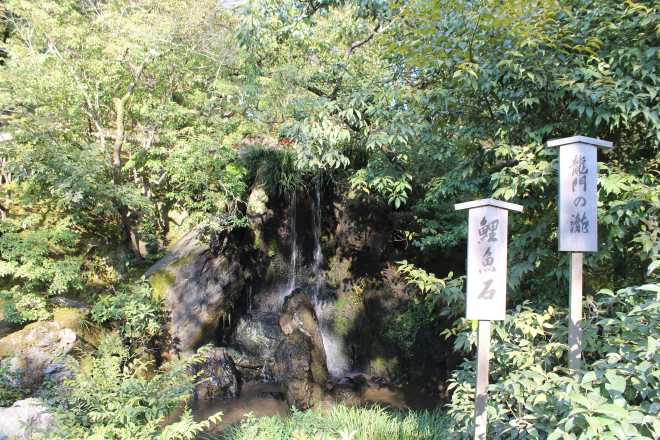 If you make a coin in the bowl, your wish will come true:

Guess who dunked a coin??? I wonder what he wished for…

We heard that New Year’s Eve in Japan, or rather, Omisoka, is quite a fascinating event to see. Instead of going out to massive parties and getting smashed, many (or rather, most) people attend a shrine to close out the old and bring in the new year. The first Shinto shrine visit of the new year is called “Hatsumode“. Various activities and traditions accompany these events, some of which we’ll detail below. First things first – our last Kaiten sushi (conveyor belt sushi) in Japan:

We did some damage…

Apparently the Guilty Remnant (for those who have seen The Leftovers – you’ll understand) has a Kyoto chapter:

Making our way back to our guesthouse for a pre-NYE nap, passing by this beautiful shrine on the way:

After our nap, we hung out with our housemates for a bit before heading out for Yasaka Shrine, where NYE festivities were in full force!

As per tradition, people buy a slat of wood, write their prayers on it, and then throw it into these fires. They then take a rope and light the end on fire, spinning it all night to keep the wick burning until they arrive home and light their fireplace or kitchen stove with this wick as a symbol of good luck for the coming year:

We chose to partake in some tradition by purchasing a Kabura-ya (Japanese signal arrow), which is supposed to serve as a good luck charm if purchased around New Year’s. Simply carrying one of these babies wards off evil spirits, which has now become this guy’s favorite pass-time:

I, personally, chose to partake in the tradition of eating noodles on New Year’s Eve, as long noodles are supposed to symbolize a long life. But there’s a catch! You HAVE to eat them before the clock strikes midnight, otherwise it’s considered bad luck. This was at 11:45pm – we were cutting it close!

Ringing in the New Year (with some Italian friends we picked up for the night) in front of the temple: 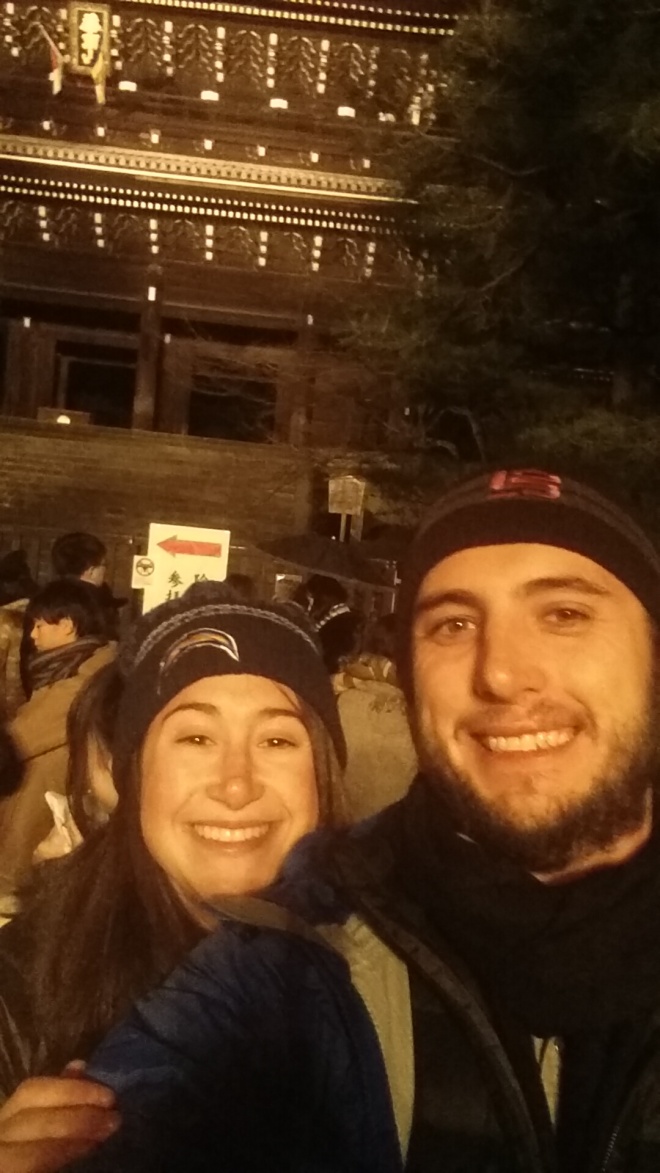 First words I read in 2016. Sounds like a good mantra to live by for the upcoming year: 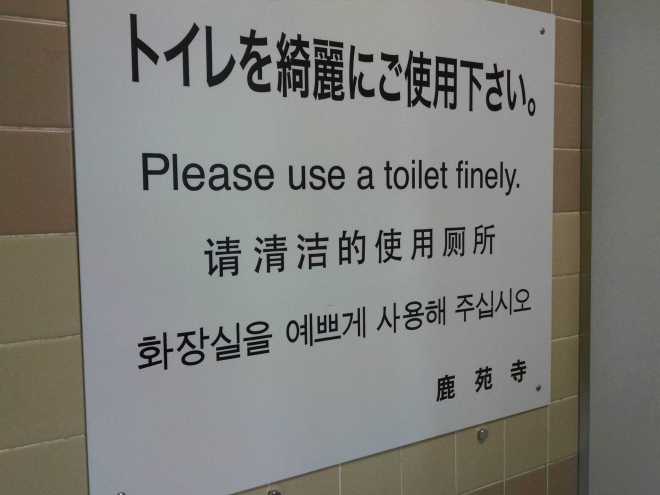 Francy had been talking about eating a fried squid for the entire 2 weeks in Taiwan and the 2 weeks we had spent in Japan. 2016 finally granted him his deepest desire: 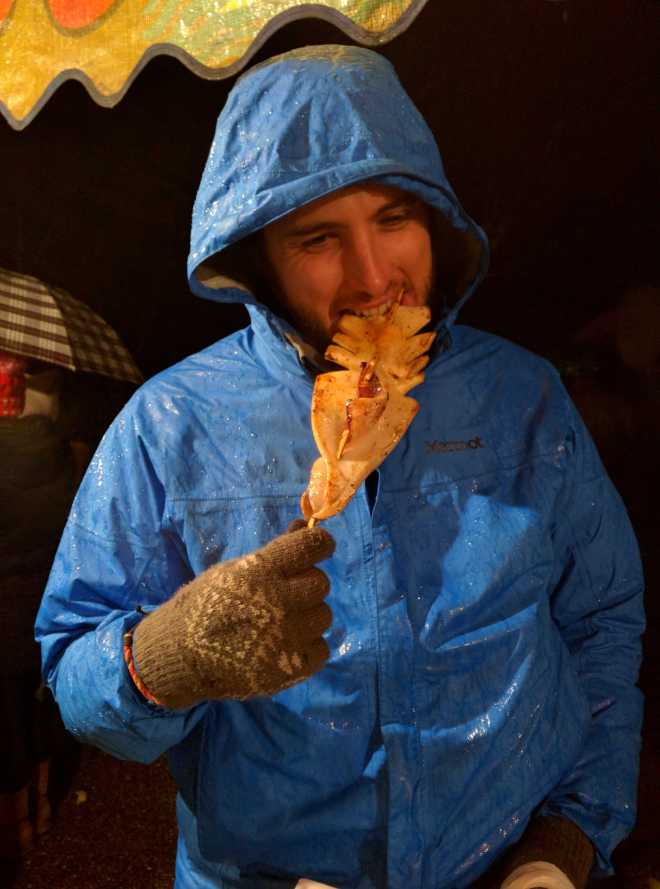 Making our way down Shijo Dori along with the throngs of people leaving Yasaka shrine:

As you can tell, it was COLD. Had to (yup, HAD to) keep sippin’ on some sake to keep us warm: 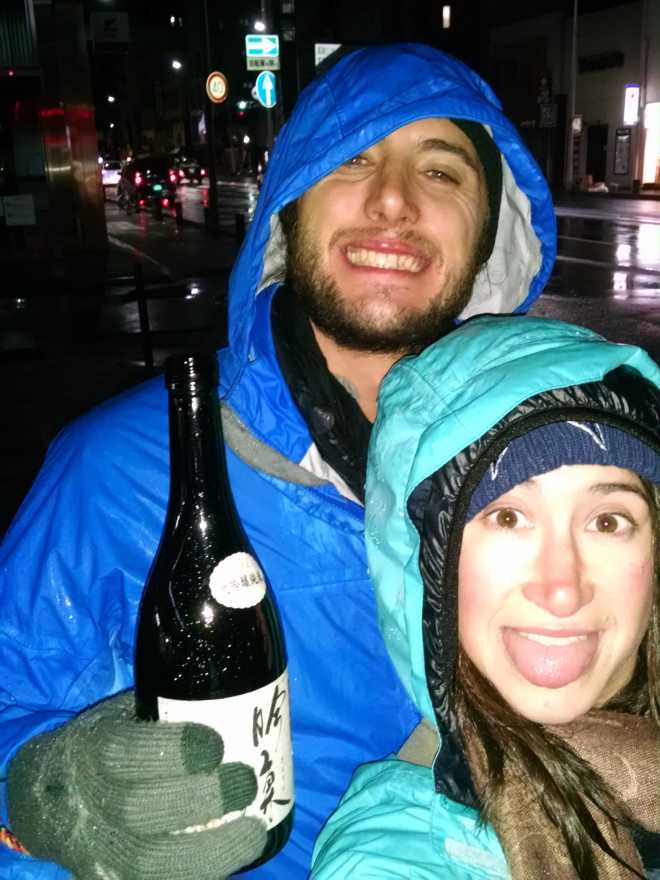 Slightly drunk but marveled nonetheless at this incredible parking job:

Arrived at the airport to find out we couldn’t check in to our flight to The Philippines without an exit flight. Sitting on the airport floor in front of Vanilla Air check-in counter, drinking leftover sake from the night before, we scrambled to get our tickets booked and make it to our flight on time. I WISH we had gotten a picture of this event, but we were stressing (and still kind of drunk) and completely forgot. I did, however, manage to snap this classy shot of Francy finishing off the last of the sake before heading through security. Waste not, want not, my grandmother always says.

Since we didn’t want to finish this blog post (and Japan posts, in general) with a sour-faced picture of Francy at the airport, we thought we’d share this photo of the friends we made at our guesthouse, celebrating the New Year. Thank you, Japan, for showing us an incredible time! 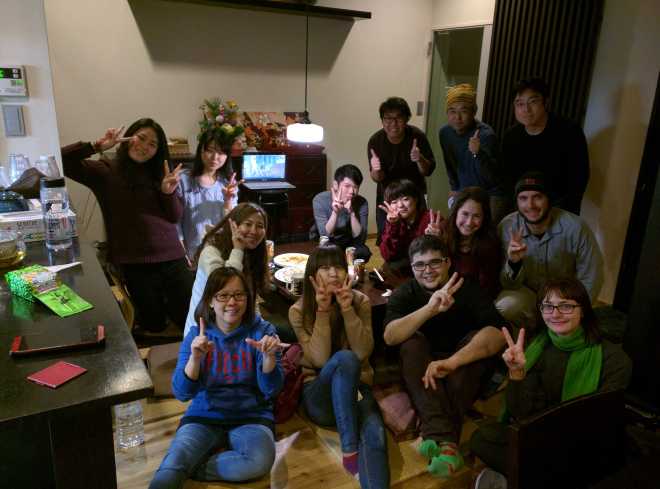